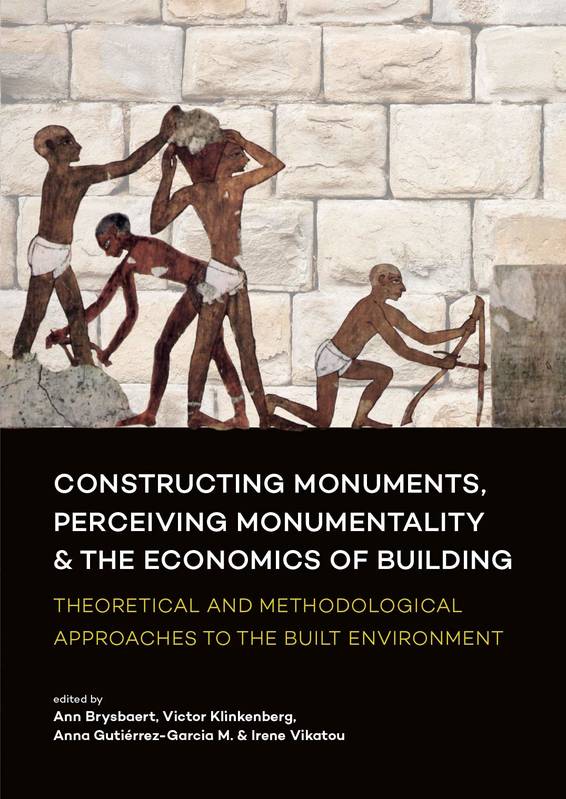 Theoretical and methodological approaches to the built environment.

In many societies monuments are associated with dynamic socio-economic and political processes that these societies underwent and/or instrumentalised. Due to the often large human and other resources input involved in their construction and maintenance, such constructions form an useful research target in order to investigate both their associated societies as well as the underlying processes that generated differential construction levels. Monumental constructions may physically remain the same for some time but certainly not forever. The actual meaning, too, that people associate with these may change regularly due to changing contexts in which people perceived, assessed, and interacted with such constructions. These changes of meaning may occur diachronically, geographically but also socially. Realising that such shifts may occur forces us to rethink the meaning and the roles that past technologies may play in constructing, consuming and perceiving something monumental. In fact, it is through investigating the processes, the practices of building and crafting, and selecting the specific locales in which these activities took place, that we can argue convincingly that meaning may already become formulated while the form itself is still being created. As such, meaning-making and -giving may also influence the shaping of the monument in each of its facets: spatially, materially, technologically, socially and diachronically. This volume varies widely in regional and chronological focus and forms a useful manual to studying both the acts of building and the constructions themselves across cultural contexts. A range of theoretical and practical methods are discussed, and papers illustrate that these are applicable to both small or large architectural expressions, making it useful for scholars investigating urban, architectural, landscape and human resources in archaeological and historical contexts. The ultimate goal of this book is to place architectural studies, in which people’s interactions with each other and material resources are key, at the crossing of both landscape studies and material culture studies, where it belongs.